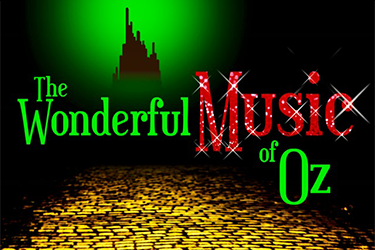 Follow the yellow brick road as Signature Symphony at Tulsa Community College visits the Emerald City for the season premiere of the 2019-2020 TTCU Pops series with two witches and a young girl from Kansas. “The Wonderful Music of Oz” will transport audience members somewhere over the rainbow with all things Oz, including Broadway’s “Wicked,” “The Wiz,” Hollywood’s classic film “The Wizard of Oz,” and other pop songs inspired by the novel, including Elton John’s “Goodbye Yellow Brick Road.”

“This is one of those shows that captures the imagination. Created by producer Scott Coulter, one of New York’s most honored vocalists, the show has been performed all over the country since it premiered with the Oklahoma City Philharmonic,” said Andrés Franco, Signature Symphony at TCC Music Director.

The evening features Coulter and other top vocalists including Blaine Krauss, Kelli Rabke, who got her big break playing Dorothy in Paper Mill Playhouse’s production of “The Wizard of Oz,” as well as pianist John Boswell.

“L. Frank Baum’s novel was published almost 120 years ago, and I was intrigued by all the songs that have been inspired by the original book as source material,” said Scott Coulter. “I think about how the music has captured that story and allowed it to live on forever.”

“The Wonderful Music of Oz” is at 7:30 p.m., Friday and Saturday, September 6 and 7 at the VanTrease Performing Arts Center for Education on the TCC Southeast Campus located at 81st Street and Highway 169. TTCU Federal Credit Union is the sponsor of the 2019-2020 Pops series.

“This concert is really a musical journey,” said Scott Coulter. “No matter how old you are you have some sort of affinity or connection to “The Wizard of Oz” so it speaks to all generations. We’re inviting the entire family to join us in Baum’s fantasy land.”

Signature Symphony at TCC recently celebrated its 40th anniversary. Since its formation in 1979, the professional orchestra has been committed to providing rich musical experiences through live performances, as well as music education and community outreach. Each year Signature Symphony musicians expose over 4,000 Tulsa area students to classical music through educational programs for preschool through college, free open rehearsals, and discounted coupons for families and students.  The orchestra also reaches the community through Helpful Harmonies for Wellness, a concert series focusing on sensory friendly performances in nursing homes and memory care centers.

Season renewals and season tickets for 2019-2020 are on sale for the Signature Classics and TTCU Pops series. A season subscription offers a substantial savings over purchasing individual tickets. Season ticket prices start at $75. For more information, go to www.signaturesymphony.org or call (918) 595-7777.