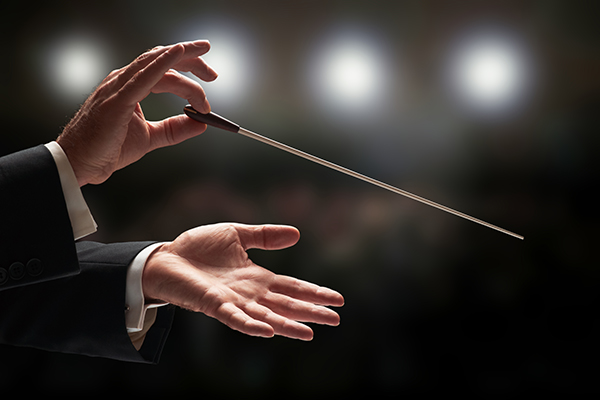 Selection Year Extended Due to Pandemic

Signature Symphony at Tulsa Community College announced the finalists for artistic director during a virtual kick-off for the 2020-2021 season. Robert Franz, Alejandro Gómez Guillén, and Scott Seaton were selected from a pool of 80 applicants during a nationwide search following Andrés Franco’s June 2019 announcement that he would step down in May 2020. Made up of musicians, advisory board members, and TCC leadership, the Symphony Conductor Search Committee completed the search process earlier in the year, however, the timing of the announcement was delayed as the pandemic hit.

“Our Artistic Director selection process is collaborative and allows our community to get to know these finalists and attend concerts they have constructed,” said Kelly Clark, TCC School of Visual and Performing Arts dean. “With the uncertainty of in-person events through this season, we extended the process to ensure our community can see our three talented finalists on our stage as well as visit with them when they come to Tulsa.”

Robert Franz, described as ‘an outstanding musician with profound intelligence,’ serves as music director of the Windsor Symphony Orchestra and Fairbanks Summer Arts Festival Orchestra, associate conductor of the Houston Symphony, and artistic advisor of the Boise Baroque Orchestra. His appeal as a first-rate conductor and enthusiastic award-winning educator is acclaimed by critics, composers and audiences of all ages. Franz is in increasing demand as a guest conductor, appearing with the Austin Symphony Orchestra, Baltimore Symphony, Cleveland Orchestra, Fort Worth Symphony, Italy’s Orchestra da Camera Fiorentina, St. Louis Symphony, and many more. Franz holds a master’s degree and bachelor’s degree in music.

An accomplished baroque and modern player, Alejandro Gómez Guillén leads Mozart and Haydn concertos from the violin. He may be familiar to Signature Symphony at TCC patrons after appearing in Nov. 2019 as conductor/guest artist for Mozart’s Prague Symphony. He is in his fifth season as artistic director and conductor of Bloomington Symphony Orchestra, artistic director of Sphere Ensemble and acting concertmaster/principal second violin of Midland-Odessa Symphony & Chorale. He previously served as Associate Conductor of Fort Worth Symphony Orchestra. He holds a doctoral degree, two master’s degrees, and a bachelor’s degree.

Scott Seaton has garnered acclaim for his dynamic performances, innovative programming, and community and youth outreach and is in his fifth season as music director of the North State Symphony in Northern California. He is also principal conductor of the Veridian Symphony Orchestra. Since his international debut in 2007 with the Orchestre Philharmonique du Luxembourg, Seaton has conducted orchestras spanning North America, South America, and Europe. He is an enthusiastic advocate of contemporary music, conducting numerous premieres along with curating programs and championing music by living composers. He holds a doctoral degree, master’s degree, and bachelor’s degree.

With the artistic director selection process extended, the three finalists will participate in the current virtual season and will return with programs of their own creation for the 2021-2022 season. As the pandemic forced spring events to be canceled, Signature Symphony also said farewell to Franco after five years of his artistic leadership. However, Franco will be back to conduct a final ‘farewell concert’ in Spring 2021.

The 2020-2021 season, sponsored by TTCU Federal Credit Union, will consist of streaming concerts, virtual events, and, when possible, in-person events. Divided into Fall Perspectives, Winter Perspectives, and Spring Perspectives, the schedule will be announced on a quarterly basis. Signature Symphony at TCC has four different streaming subscriptions ranging from a $10 subscription for a single program to a season subscription for $125 to all virtual programs. In addition, a special single event rate is available for students, who must email signature@tulsacc.edu using a school email address to request the code.

To become a subscriber for the 2020-2021 season, visit www.signaturesymphony.org, call (918) 595-7777, or email signature@tulsacc.edu. By ordering subscriptions online, please note there is a processing fee.

In addition to the streaming concerts, Signature Symphony will have add-on events, when possible. These events will be announced separately such as Signature Symphony LIVE at ONEOK Field at 7:30 p.m., Sept. 19, featuring Beethoven’s 5th Symphony with a special fireworks display.