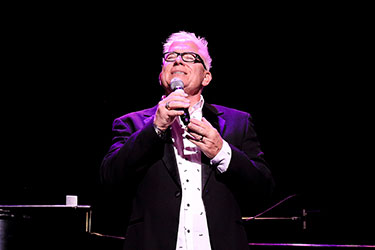 Start your Independence Day celebration with Signature Symphony at Tulsa Community College and the sounds of America’s beloved patriotic music. The annual 4th on the 3rd Concert is as traditional as grilling out or watching fireworks but in air-conditioned comfort.

The 4th on the 3rd Concert is 7:30 p.m., Wednesday, July 3 at the VanTrease Performing Arts Center for Education on the TCC Southeast Campus. The campus is located at 81st Street and Highway 169.

“This concert is a perfect way to jump start your Fourth of July celebrations. We are proud to be a part of this celebration that brings families together for several generations and is a symbol of American pride and unity,” said Kelly Clark, Dean of Visual and Performing Arts at TCC.

The celebration of America’s independence is a Tulsa tradition and fun for the entire family. During the concert, we will honor the men and women of our armed forces, both past and present. Musical selections include “Armed Forces Salute,” “Battle Hymn of the Republic,” “God Bless America,” and “A Salute to the Big Bands.”

The evening will feature Dennis Crookedacre, the 2019 Tulsa Sings! audience favorite, as well as the Signature Chorale. Plus, the guest conductor for the concert is Lauren Green, a Signature Symphony musician as well as the music director and conductor of the Bartlesville Symphony.

“I’ve had the privilege of working with him for the past five years and Lauren is a recognizable face to our audiences as a regular member of the cello section since 2009,” said Andrés Franco, Signature Symphony at TCC Music Director. “Lauren is quite familiar with being in front of an orchestra since he’s led the Bartlesville Symphony for 43 seasons.”

Tickets for 4th on the 3rd Concert start at $18. Discounts are available for senior citizens, educators, and students with a valid ID. Season tickets for the 2019-2020 Signature Classics and TTCU Pops series are on sale now. Season ticket prices start at $75. To purchase tickets, visit signaturesymphony.org/tickets or call 918-595-7777.